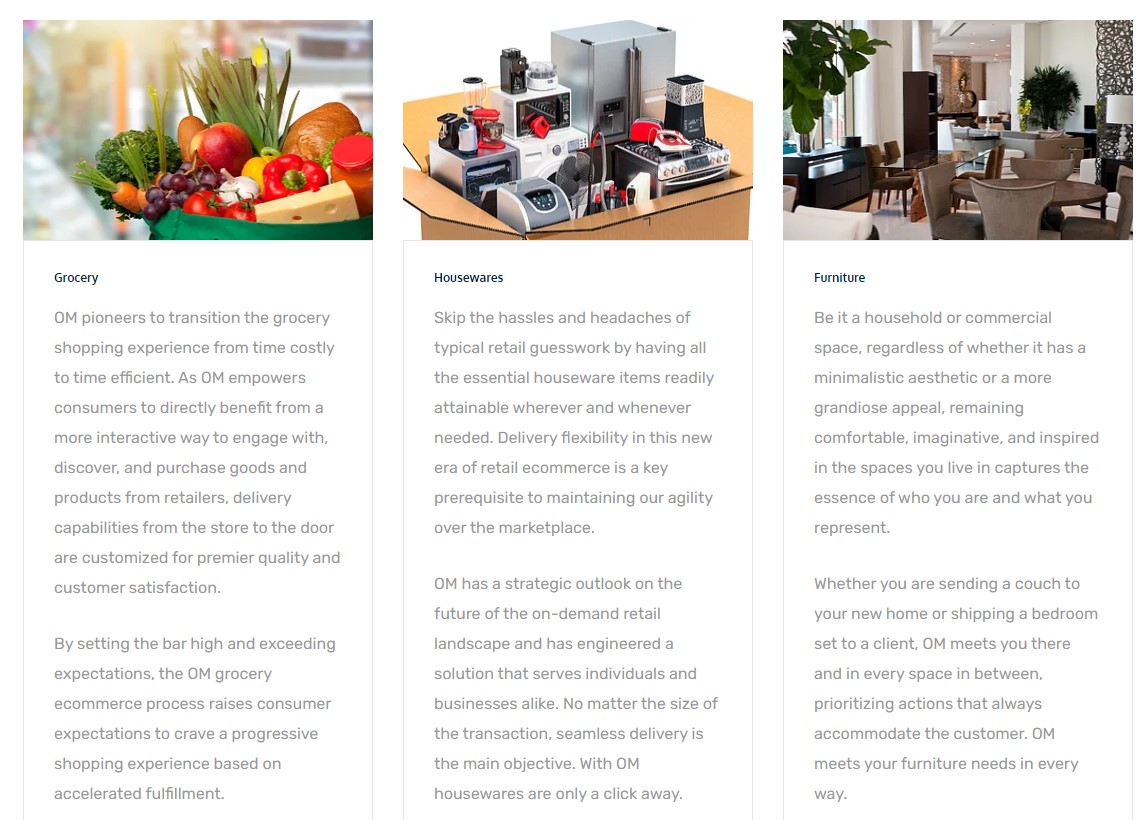 Significant progress has been made at both new stores under construction. The construction of the OMHI new 34,000 square foot supermarket in Fat Hogs Bay (East End) British Virgin Islands (BVI) is expected to be completed by the end of 2021. The store will be similar to the company’s first store, but larger so it can offer even more goods, including food, clothing, appliances, furniture, electronics and general household items – everything shoppers need for one stop shopping. It will provide adequate parking compared to its competitors in the area.

The OMHI new store concept, OM Builders Depot, will be in Port Purcell, near the main port and the capital Road Town on Tortola, BVI. OM Builders Depot will comprise 15,000 square feet and will provide building materials, hardware and tools, home appliances, cement, paint and plumbing supplies to builders and contractors. White sand, gravel, rebars, blocks and lumber will be available for purchase outside the building.

OMHI has signed a long-term lease on an acre of property for the Builders Depot store – its land costs are minimal, and the company expects significant profits and growth from this store. Builders Depot is 200 feet from the first OneMart and several miles from the new store, where construction is underway. OM Builders Depot building, and inventory will cost $3 million. This store is expected to add $5 million in sales to the OMHI Group in the first 9 months (December 2021 – August 2022) and over $500,000 dollars in operating profits.

Rydeum Caribbean, Inc. has a regional exclusive software license and IT managed services agreement with Rydeum Technologies, Inc., based in Atlanta, GA. These exclusive agreements allow Rydeum Caribbean, Inc. to efficiently launch LODE-TECH in Jamaica and in 27 additional Caribbean countries. Rydeum Technologies, Inc. is in the process of applying for three U.S. patents for a novel decentralized architecture which will have the ability to power multiple Local On-Demand Economies, allowing local businesses to easily onboard and enable customers to obtain transportation, delivery, and professional services via a single mobile app.

OMHI will vertically integrate Local-On-Demand Economy (LODE) technologies to power the purchase and delivery of retail merchandise and services for all customers throughout the Caribbean. Via Rydeum’s DoGetGo app, customers will be able to shop at the company’s stores from their smartphones have their purchases delivered; the app also enables both residents and visitors to get around the island by car. 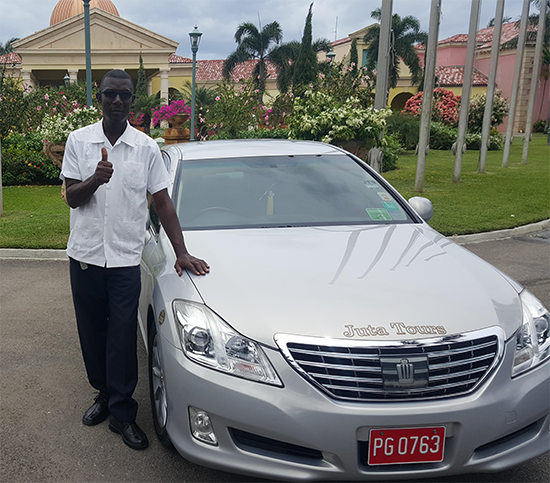 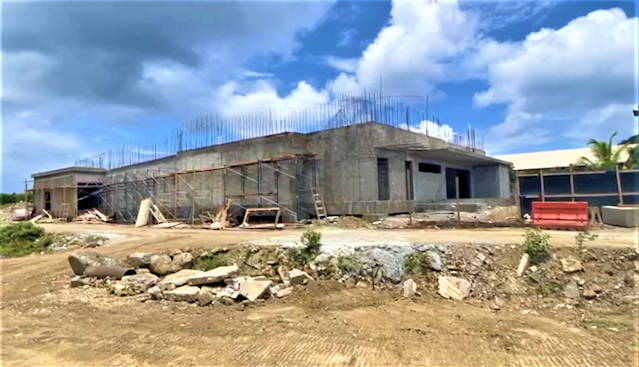 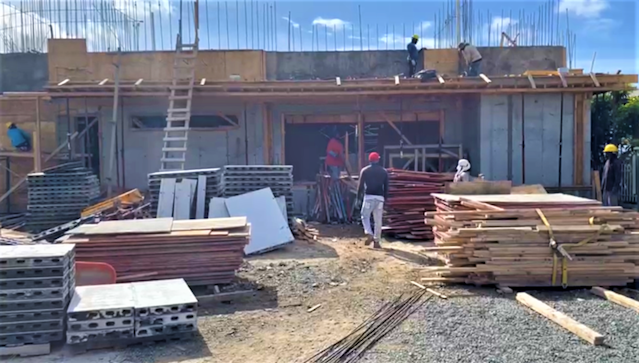 On May 25th OMHI announced it has broken ground on its second location: the construction of its 34,000 square foot supermarket in Fat Hogs Bay (East End) British Virgin Islands (BVI) and will be completed by the end of 2021. The store will be located on 5 acres, which will give OMHI ample room for expansion; the property has a 50-year lease and offers ample parking. This new store will be similar to the first OHMI store, but larger so it can offer even more goods, including food, clothing, appliances, furniture, electronics and general household items – everything shoppers need for one stop shopping. Tere will be groceries and cash and carry, appliances, household items and electronics, furniture and accessories available.

The first OMHI store, OneMart, reported revenue for the year ended December 31, 2020 of $28 million dollars and $3.8 million in operating profits. Since it was completed in 1986 the store has seen year over year growth, even during 2020 during the global Covid-19 pandemic. The first OneMart, located in Road Town in Port Purcell, Tortola, is one of the leading food service providers for residents and tourists, as well as for hotels, restaurants, charter boats and yacht provisioning. OMHI management has developed a plan based on the success of OneMart to open a number of stores throughout the Caribbean.

With construction now underway the OMHI management team is aggressively looking for several additional sites in the Caribbean to build comparable stores. Prior to the virus, BVI alone had 400,000 visitors who stayed an average of seven days; coupled with a population of 50,000 permanent residents, this makes BVI very attractive for growth.