Three New Stores to Open Over the Next Six Months

“We have achieved a significant increase in sales over the past four months despite the ongoing pandemic; 2022 will be by far the best year in our 35 years of business,” says CEO Mark Vanterpool. “We are delighted to see this increase in sales entirely from our existing stores. We have yet to open our next three stores, which we will do over the next six months. We attribute the increase in sales to the new flagship store remodel, the rebound of tourism in the British Virgin Islands over the past four months, and our ongoing marketing and promotion of new products and services.”

The company anticipates $7 million to $10 million in sales growth over 2021, with approximately $2.5 million net profit.

“The market continues to grow, and we continue to build new stores and scout properties for even more locations while expanding the products and services each of these stores offers,” Mr. Vanterpool concluded. “We continue to gain significant market share while still a long way from reaching our full potential, and we expect 2022 will be a historic year for our company.” 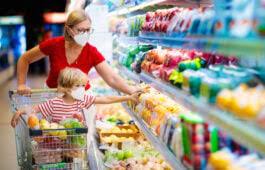 OMHI Holdings International, Inc. (OTCQX: OMHI) serves consumers and retail customers by providing a multi-tenant on-demand technology platform for the delivery of goods and services throughout the Caribbean from a single mobile app. OMHI vertically integrates contactless delivery of these essentials, while simultaneously providing multi-modal transportation.

OMHI was formed through the fusion of Rydeum, an on-demand technology platform founded by Mark Hannah in 2019, and OneMart, a 35-year-old grocery store founded by Mark Vanterpool in 1986. The OMHI technology subsidiary, Rydeum partnered with Jamaica’s largest taxicab union (12,000 drivers) in 2021. This segment provides an Uber-, Grubhub-, and Instacart-like platform which uniquely satisfies the needs of local on-demand economies (LODE) in the Caribbean. The OMHI storefront and essential goods subsidiary, OneMart is the second largest grocery provider in the British Virgin Islands. This segment offers groceries, home goods, electronics, furniture, and some building supplies – just like Walmart. It sells wholesales products to restaurants and hospitality venues and caters to retail customers as well. OMHI is a Nevada Corporation headquartered in Miami, Florida. 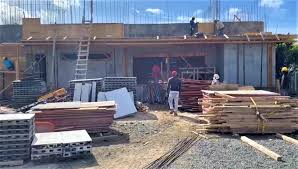 “We had an excellent quarter. With a break in the Covid lockdown and more people traveling, we saw an increase in revenue from food service thanks to the reopening of restaurants, and BVI residents continue to support our supermarkets,” said OMHI CEO Mark Vanterpool. “Our staff returned to a 40-hour week, and we made some additional hires for our new stores. We also saw an increase in deliveries, even though the government lifted restrictions.”

“We continue our commitment to serving our customers and our community throughout these difficult times,” Mr. Vanterpool added. “Additionally, since November we have seen a significant rise in tourism, which gives us increased assurance that this year will be another record one for our company. We also expect significant growth from the three new stores we will open this year, as well as from the launch of our mobile app DoGetGo in Jamaica in several weeks. I am confident fiscal 2022 will be a pivotal year for our goal of becoming a major economic force in the Caribbean retail and mobile app delivery marketplace.” 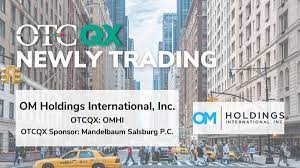 The OTCQX Market provides investors with a premium U.S. public market to research and trade the shares of investor-focused companies. Graduating to the OTCQX Market marks an important milestone for companies, enabling them to demonstrate their qualifications and build visibility among U.S. investors. To qualify for OTCQX, companies must meet high financial standards, follow best practice corporate governance, and demonstrate compliance with applicable securities laws.

“We are thrilled to see OMHI begin trading on the OTCQX Market,” said CEO of OMHI Mark Vanterpool. “OMHI has been building new stores and gaining market share consistently, even during the pandemic, and we believe we are poised for even greater growth in 2022 and beyond. Graduating to the OTCQX Market will give us enhanced visibility and, ultimately, greater liquidity. We see being a transparent and investor-focused public company as one of our brand’s core values, and trading on the OTCQX Market is core to our growth strategy.”

Previously, OMHI announced a 20 year exclusive agreement for Rydeum’s DoGetGo App in 28 Caribbean countries for the $4.6B food delivery and taxi market. OMHI plans to aggressively launch its DoGetGo app in up to 28 Caribbean countries over the next five years. This patent solves the problem of objectively managing end user experiences during this rapid expansion period.

The OMHI goal for this patent is to utilize AI to learn from past performances of each on-demand service provider and then generate a risk/performance score that anticipates the future experience a consumer may have with that provider, like a credit score. Users will be able to see the score of providers prior to obtaining services and providers will be able to monitor changes to their score in real-time.

To ensure objectivity, transparency, and score standardization across the 28 countries of the Caribbean, scores will be stored on the Ethereum Blockchain to guard against the possibility of esoteric score manipulation.

OMHI believes that this type of accountability is essential to ensure a uniform level of service across the several different cultures, economies, and laws that span these Caribbean countries it plans to serve.

The control center consisting of two computers, six 32″ monitors, and one 65″ LED TV, which is required for JUTA to manage the DoGetGo platform have been installed in the JUTA Montego Bay office and configured and tested in preparation for launch:

– Rydeum has issued the first 200 driver debit cards, which allow drivers to receive contactless payments shortly after rides are complete.
– Cards have been issued through a relationship which Rydeum has previously established with MasterCard & Intercash.
– Debit cards give drivers an option to withdraw cash from ATMs or to use at any vendor that accepts MasterCard.