Hotels across the country are introducing Nightfood to help guests snack better and sleep better.

Over 80% of Americans snack regularly at night, resulting in an estimated 700 million nighttime snack occasions weekly, and an annual spend on night snacks of over $50 billion.  The most popular choices are ice cream, cookies, chips, and candy.  Recent research confirms such snacks, in addition to being generally unhealthy, can impair sleep, partly due to excess fat and sugar consumed before bed.

NGTF sleep-friendly snacks are formulated by sleep and nutrition experts to contain less of those sleep-disruptive ingredients, along with a focus on ingredients and nutrients that research suggests can support nighttime relaxation and better sleep quality.

With an estimated 56,000 hotels across the United States, national distribution in the high-margin hotel vertical is expected to lead to profitability, consumer adoption of the sleep-friendly nighttime snack category, and a strategically defensible position from which category leadership can be maintained.

Raines Recommends Nightfood Product Line to Their Portfolio of 21 Hotels.

The reporting subset represents all 30 hotels across the country which only sold 2 brands of pint ice cream (Nightfood and Haagen Dazs) during the two-month period and for which point-of-sale purchase data is available.  Hotels which only sold Nightfood pints were excluded from the analysis, as were hotels that sold more than two brands of pints.

NGTF ice cream, which began appearing nationally in hotel freezers less than six months ago, captured over 39% of total ice cream pint unit sales against the iconic Haagen Dazs which launched in 1960.  In 33% of those hotels, NGTF outsold Haagen Dazs, head-to-head.

NGTF which recently added sleep-friendly cookies to its product line, believes any hotel selling snacks has an obligation to make sleep-friendly snacks available for their guests. There are 56,000 hotels in the U.S., and the company believes Nightfood should be in every one of them.  NGTF is sharing this independent sales data with hotel decision-makers as we work to secure additional distribution commitments and timelines with some of the largest brands in the hotel industry. 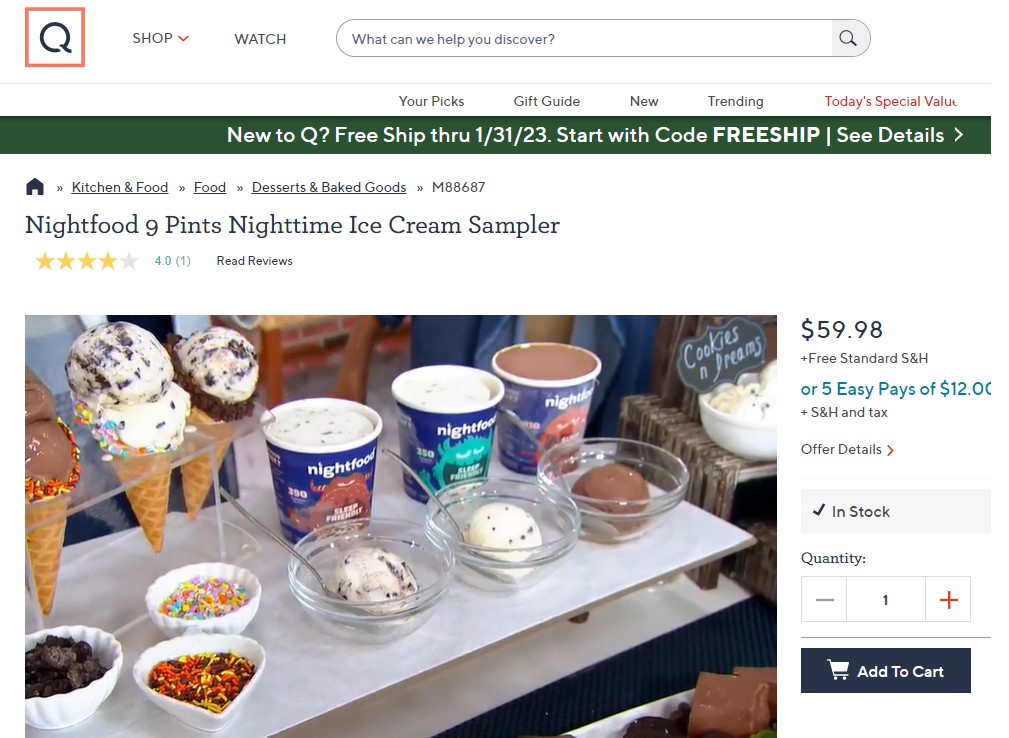 On August 29th NGTF announced that the first commercial production run of Nightfood cookies had been completed.

Nightfood sleep-friendly ice cream entered national hotel distribution in May 2022 through a relationship with one of the leading companies in global hospitality. The revolutionary snack brand has since secured distribution in select properties across many of the world’s largest hotel brands including Holiday Inn, Holiday Inn Express, Marriott, Hyatt, Wyndham, Crowne Plaza, Sonesta, Clarion, La Quinta, Best Western, Fairfield Inn, Ramada and many more. 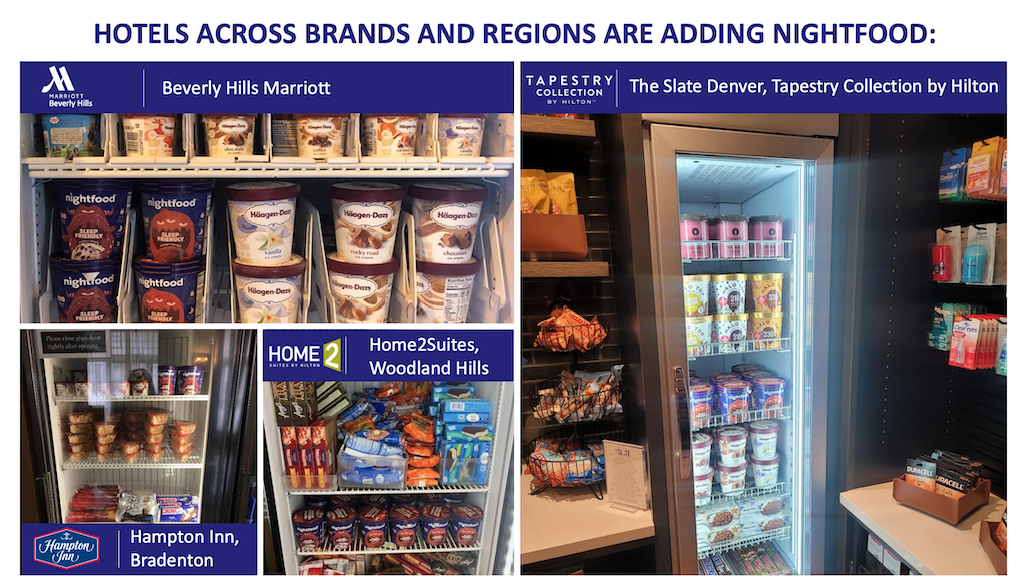 On July 27th NGTF announced that Raines is now recommending their portfolio of hotel properties offer Nightfood snacks in their hotel lobby marketplaces.

Raines boasts a portfolio of 21 managed hotels (with more in development) and owns 80% of the portfolio. Brands include Marriott, Hilton, Hyatt, Choice, Best Western, and Wyndham.

As part of the relationship, certain Raines hotel grab-and-go freezer doors will be outfitted with Nightfood stickers for increased awareness and purchase.

On July 11th NGTF announced that Nightfood cookies would be gifted to registrants at the 26th Annual International African American Hotel Ownership & Investment Summit & Trade Show, presented by the National Association of Black Hotel Owners, Operators & Developers held at the Hilton Miami Airport Blue Lagoon from July 13 through July 15. NABHOOD arranged for each of the hundreds of attendees to receive a sample of Nightfood sleep-friendly cookies upon registration.

On June 22nd NGTF announced it has partnered with managed lobby markets provider GrabScanGo to expand its hotel distribution footprint.

GrabScanGo manages all aspects of the lobby market for its hotel clients, including product selection, revenue optimization, and payment processing. The company currently manages lobby markets at hotels across the country, from independent properties to larger chains and brands.

iDEAL Hospitality Partners facilitated the relationship between Nightfood and GrabScanGo and is the hospitality business development agent for both companies.

Through its relationship with one of the world’s largest hospitality companies, NGTF entered coast-to-coast hotel distribution in May. Nightfood’s ice cream in currently available for sale in lobby shops of hundreds of hotels across the country.

DISCLAIMER: This article is purely for informational purposes and is not a recommendation in any way for buying or selling stocks