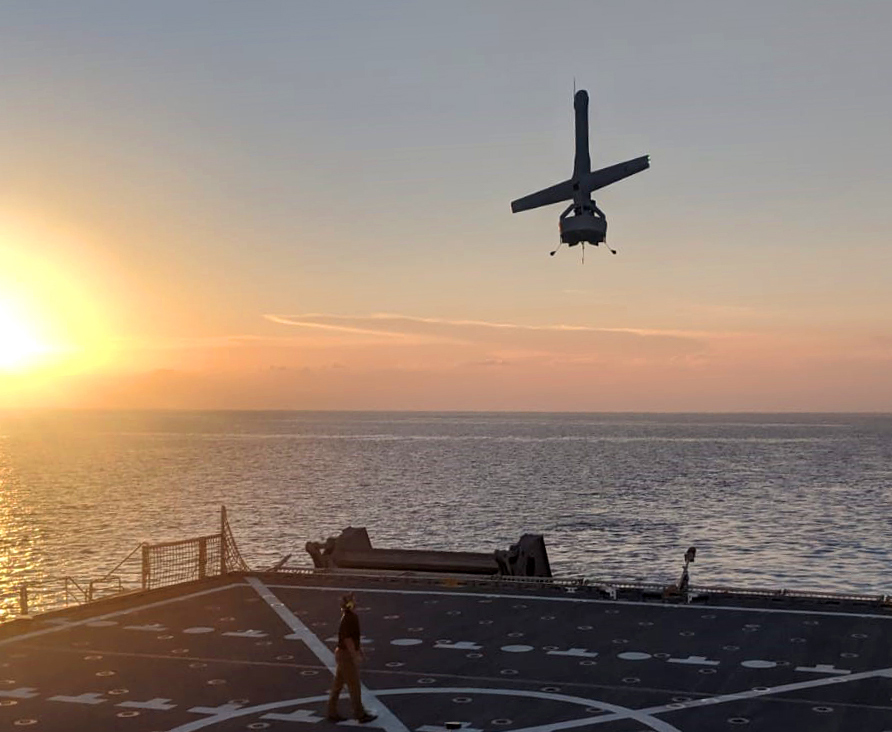 Martin UAVs CEO, Ruben Martin commented “the V-BAT was purpose built from the ground up to support deployed operations and simply has no equal in the maritime domain.  We are excited to hear what the Marines and Sailors in the Amphibious Ready Group think about employing the system, and to see what novel uses they come up with.  I have no doubt they will think of things that haven’t occurred to us.

Martin UAV is a private, advanced technology company based in Plano, TX.  The company specializes in building wholly-unique, unmanned aircraft systems and associated flight control software. The company’s systems are commercially developed to fill critical operational needs in genuine, tactical & confined operational environments with a near-zero footprint. Its V-BAT series aircraft is the only single-engine ducted fan VTOL that has the ability to launch & recover from a hover, fly 8+ hours in horizontal flight, and make mid-flight transitions to “hover & stare” at any time throughout a given mission set.